Join us for one last channel for 2018, as Einstein and the Party take a look at 2018 and where it had taken us, and gaze into 2019 to see where in the world we might be headed next year.

Always informative, inspiring and insightful, the Party sends you their best wishes for the New Year!

2018: A Year of Redefinition, Regeneration and Reinvention

And please help yourself to this free eBook, 2017 Series Re-Boot Camp. Includes interviews with Robin Cordova, Kimberly Lilith Phelps, Cathy Kline, Leslie Stewart and Ken Routson on subjects of hope, joy, Conflict REVOLUTION® 101, thriving, the gifts of Alzheimer’s and autism, and so much more!

Readings with Barbara and the Party here

See all my upcoming events, teleseminars and book signings.

Barbara With & Einstein are coming to Copenhagen!

Meet and Greet from 10:00 – 11:00! Barbara will be signing books which will be available for purchase.

Please note these times have been updated.

All fees waived. This is now a free event!

To get more information about the event and Barbara’s visit to Copenhagen, click here. 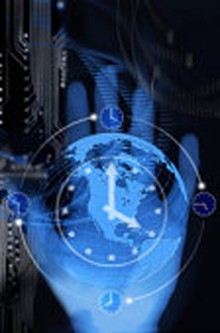 While fussing over sketchy technology during my Post-US Election channel with The Party, I wondered if mercury retrograde was responsible for my teleconference snafus. In the end, I was tossed off my conference call line altogether and finished the channel alone. [download the channel here]

I was specifically interested in what The Party had to say about the presidential election. It felt to me as if something miraculous happened, but I couldn’t articulate what. I had feared the worse—that Citizens United would allow unlimited corporate money to buy control of the media, the politicians and our votes. With the stolen elections of 2000 and 2oo4 looming in my mind, I uneasily went to bed bracing for the worst.

In the morning, I discovered everything had turned on a dime. Certainly all of the world’s ills haven’t been cured, but something definitely shifted, without a doubt. No recount, no challenge, no flipping of Ohio and Florida. More women in the legislature than ever before in US history, replacing many of the hate-mongering politicians. Several states legalized gay marriage. Seven states passed legislation to directly challenge the idea that “corporations are people.” Hispanics, blacks, minorities and women made their voices heard.

Far and away the most profound change of all was that the money no longer held sway. Karl Rove’s $400 million dollars failed him in the end.

Suddenly, I saw all this work with Einstein to learn to live outside the power of money come together in a completely new way. Could getting out from under money’s sway and into our own power actually help render those corporate millions ineffectual?

After today’s session with the Party, someone sent me an email with a message from Jonathan Tenney, a brilliant astrologer and co-author of The Motherpeace Tarot Playbook. His take on Mercury Rx confirmed what I had just channeled:

“Mercury made its ‘station’ at 4 degrees, 18 minutes, and 3 seconds of Sagittarius on November 6th at 5:50 PM EST. Then, at 6:04 PM, Mercury turned Retrograde. At 6:19 PM, it stepped back into 4 degrees, 18 minutes, 2 seconds of Sagittarius.  So for a period of roughly 29 minutes Mercury was standing perfectly still at the degree of it’s turning.  In terms of backward or forward movement Mercury was standing still…going nowhere. Time stopped…heaven and earth embraced…the door opened…and Mercury/Hermes turned and guided us like a flock of wild geese through that door and back onto a path that is actually going somewhere.  Welcome to 2012, magic is afoot…and the times they have changed.”

Was November 6, 2012 the real end of the world as we know it? Did we all hang, suspended for a blink of an eye as energy shifted officially from the old to the new?

I for one believe it. And apparently, so do Einstein and the Party. I invite you to listen as they once again brilliantly explain how it happens and why we have every reason to celebrate before getting back to the work.

Creativity Training Tomorrow: Saturday November 10, 8 AM CST
Session 4: Mastering Rebellion and Surrender
Saturday, November 10, 8 AM-CST
Part of being in the flow of creative energy is understanding when to give in and when to rise up. Learn the power of conflict as a creative force, and using rest as an instigator for change and transformation.

It’s not too late to join this party! Come learn to relax into the wonder of who you really are.  Six-part workshop package includes:

Join us live via phone, or download MP3s afterward and email questions.
Don’t have international calling? Skype has a pay-per-minute plan, Gmail has free call phone

Ask about scholarships and sliding fees.