Einstein, et al. is the most definitive work yet by Barbara, Einstein, and the Party. (2016)
READ MORE.

Imagining Einstein picks up where Einstein himself left off, expanding on his theories and introducing us to a new science of Compassion, which originates within each individual. (2007)
READ MORE.

Party of Twelve: Post 9/11 is the autobiography of Barbara With and how she became the emissary for a party of notable dead people, headed up by Albert Einstein. (2008)
READ MORE.

In 1998, a representative from the British tabloid The Sun enlisted Barbara to conduct an interview with Diana Spencer, Princess of Wales for the first anniversary of her death. (2001)
READ MORE. 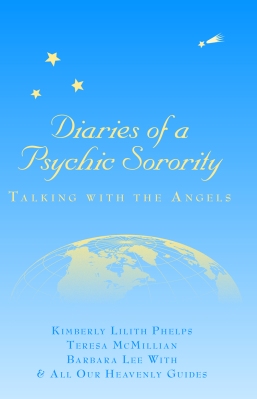 Diaries of a Psychic Sorority:
Talking with the Angels — The re-release of the book that
started it all

Diaries of a Psychic Sorority: Talking With the Angels is the true story of three strong, ordinary women from the Midwest, brought together by their angels and given step-by-step instructions for “world peace, one person at a time, self, and then turning and teaching others how they can heal themselves.” (1997)